The U.S. Army's Chevy Colorado ZH2 looks ready for everything! 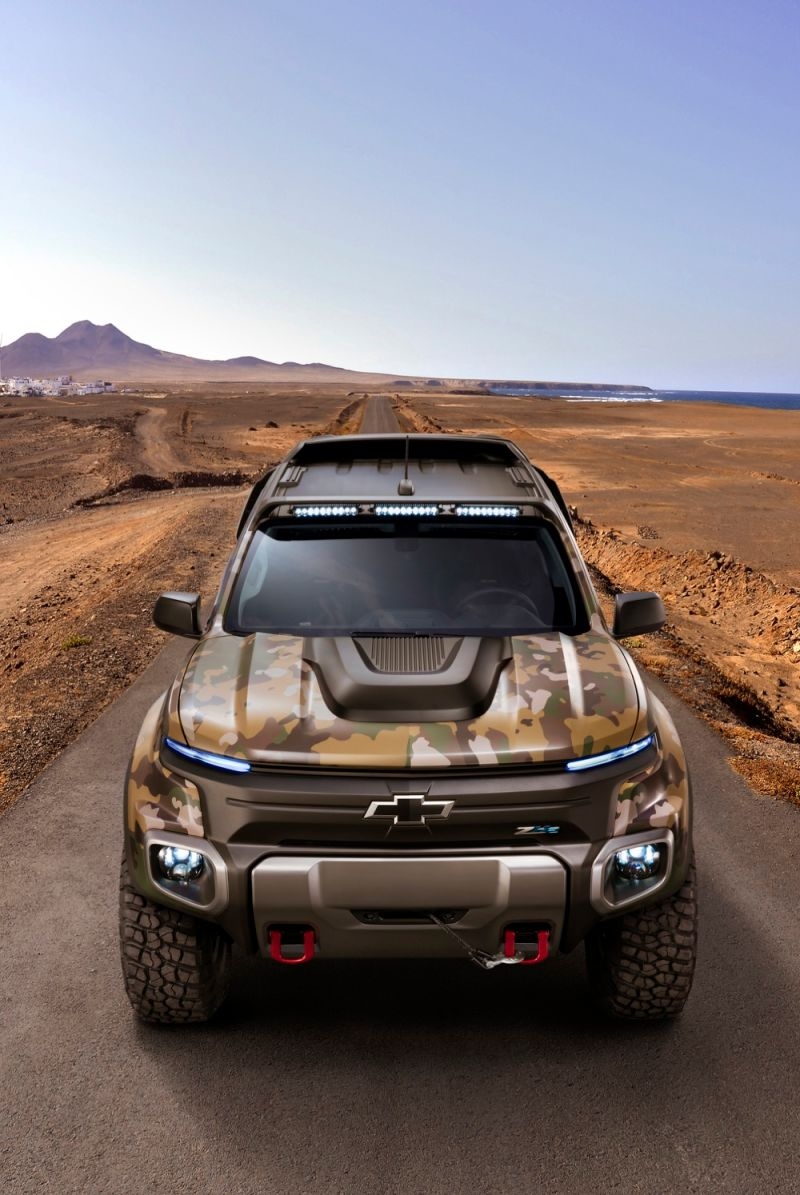 GM will handle ZH2 testing at its Milford Proving Grounds until early next year, before handing the truck for testing in "extreme field conditions".

Chevrolet continues work on zero-emission hydrogen fuel cell tech, and it’s now providing a just-revealed Colorado ZH2 fuel cell vehicle to the U.S. Army for design, to find out if the unique advantages of fuel cell tech are viable in actual real-world military mission situations. In everyday terms, that basically means that the Army will be checking out how the use of fuel cells might make for quieter, cooler rides that are harder to detect via instrument and human observation, and that can climb and tow with greater ease thanks to the continuous use of high torque which is a key ingredient of its hydrogen-powered electric drive train. 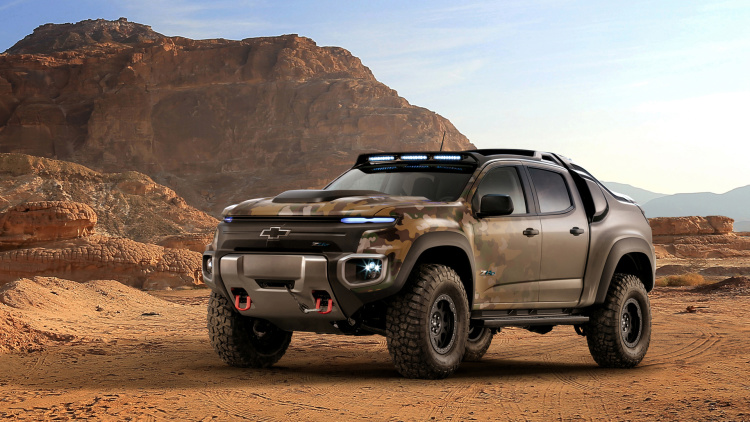 The U.S. Army’s testing will be focused on evaluating the benefits of fuel-cell tech in a number of areas, including “near-silent operation,” “reduced acoustic and thermal signatures,” “high wheel torque at all speeds,” “low fuel consumption across operating range,” and “water by-product for field uses.” The ZH2 is a modified version of the Colorado midsize pickup Chevrolet produces for the consumer market, with a specially reinforced frame designed for all-terrain use. The car’s engine compartment has also been modified to accommodate its hydrogen fuel-cell based power train, which GM says offers unique advantages for military use. 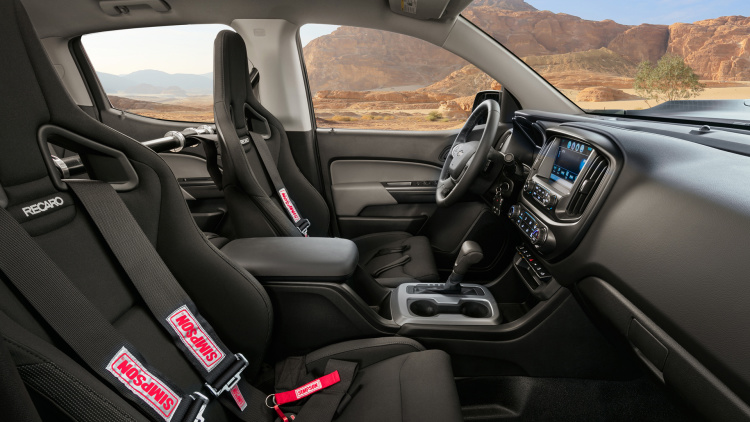 The hydrogen cells used to power the test vehicle can also potentially be used to provide a power source for field equipment, and for encampments, which is definitely useful when in missions deep in territory otherwise devoid of human settlement. GM Executive Director of Global Fuel Cell Activities Charlie Freese said that one of the things they started testing about 10 years ago is this exportable power take-off. GM developed the Colorado ZH2 in partnership with the U.S. Army Tank automotive Research, Development and Engineering Center. Internal GM preparation of the vehicle will continue earl into next year, at which time it’ll be handed over to the Army for a full year of field trial.